Artpace Teen Council: Three Female Artists from History You Need to Know About by Madison Mesa

Artpace Teen Council: Three Female Artists from History You Need to Know About by Madison Mesa

This year, Teen Council members will research and write an Artpace blog entry about the innovative art and artists.

Growing up with a passion for the visual arts, names such as Van Gogh, Monet, and of course, the all–around Renaissance man, Leonardo da Vinci, were ones I would commonly hear, whether that be through school or my own research. Either way these male artists would be ones I was deeply familiar with through my younger years, and it wasn’t until I was older that I began to learn about the numerous, but not as well known, female artists. So here are three fantastic women who made a considerable impact in the art world and deserve some recognition for that. 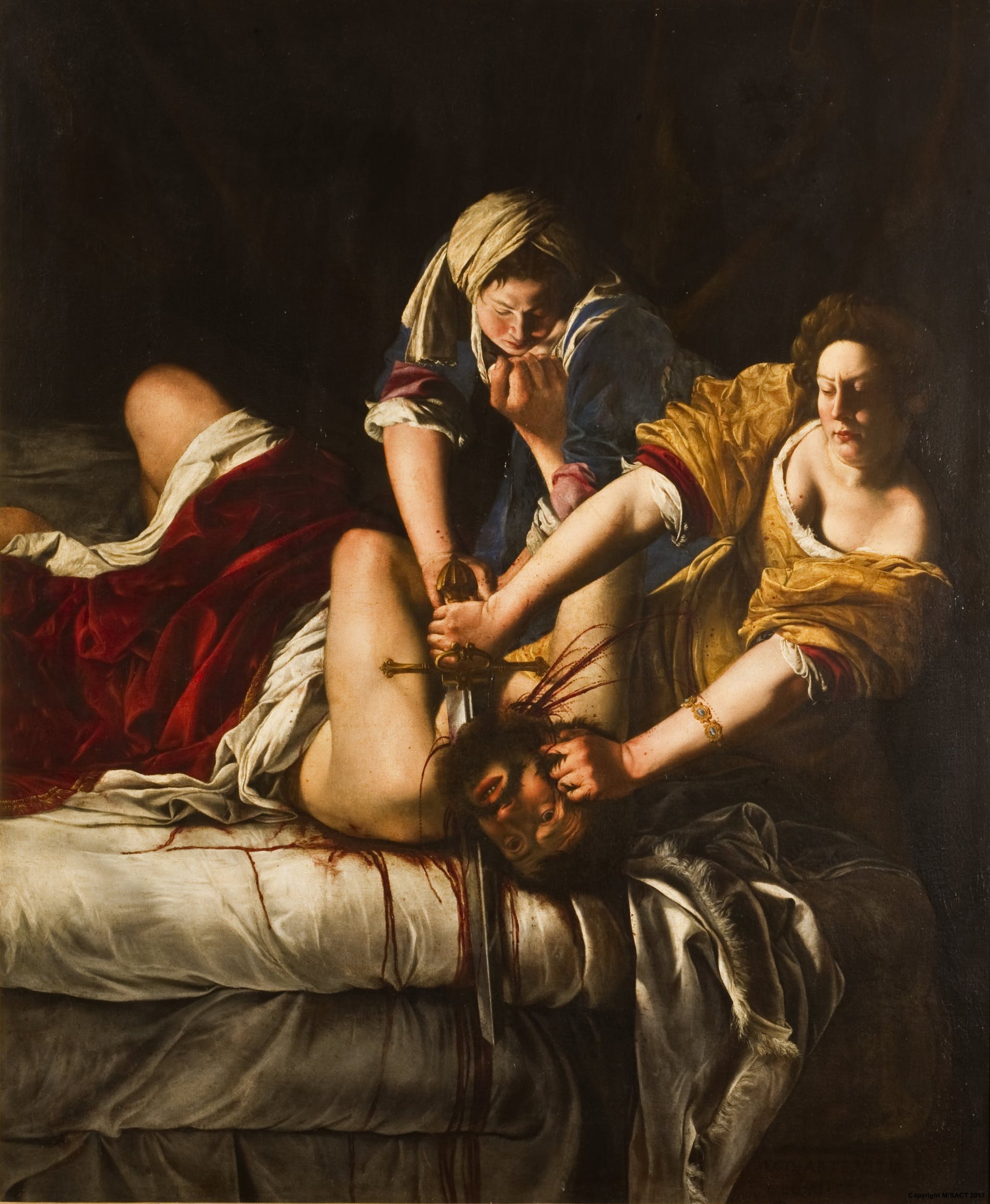 I was lucky enough to learn about this amazingly talented artist during my freshman year of high school, and because of the very in depth and animated lesson I received on her, Artemisia Gentileschi was just one of the artists I knew I had to include on this. Gentileschi contained the ability to illustrate a dramatic narrative from a feminist perspective that empowered and humanized female subjects. Gentileschi was an Italian Baroque painter during the Renaissance and from a young age, proved to be a gifted artist. From the age of 15 she was already producing professional work.

Originally having apprenticed her father and learning the craft from him, but as her skill level advanced, Artemisia became a pupil of her father’s friend, Agostino Tassi, who would end up violating a young Artemisia Gentileschi. Because of his actions, Artemisia was subjected to a series of taxing questions and cruel torture. These events would inspire her to create a scene written by Caravaggio. In “Judith Slaying Holofernes”, we witness Judith and another woman focusing on the task at hand. Sleeves rolled up and eyes staring intently at the struggling man as they prepare to commit the gruesome deed. This artwork allowed Artemisia to seek revenge and process the trauma enforced upon her from the assault.

As this feminist artist did in many of her pieces, she depicted women as aware heroines in charge of their own stories, rather than the unresisting, obedient, submissive, subjects of the male gaze. An example of this could be seen in her recreation of “Susanna and the Elders” (1610). Normally, the subject, Susanna, is made unaware, or sometimes even portrayed as flirtatious, as two scopophilia elders spy on her as she bathes in what is a huge invasion of privacy. Fortunately, Gentileschi went another route so that we now see Susanna reacting to the voyeuristic elders, showing that it’s a scarring event, one that should not go ignored. 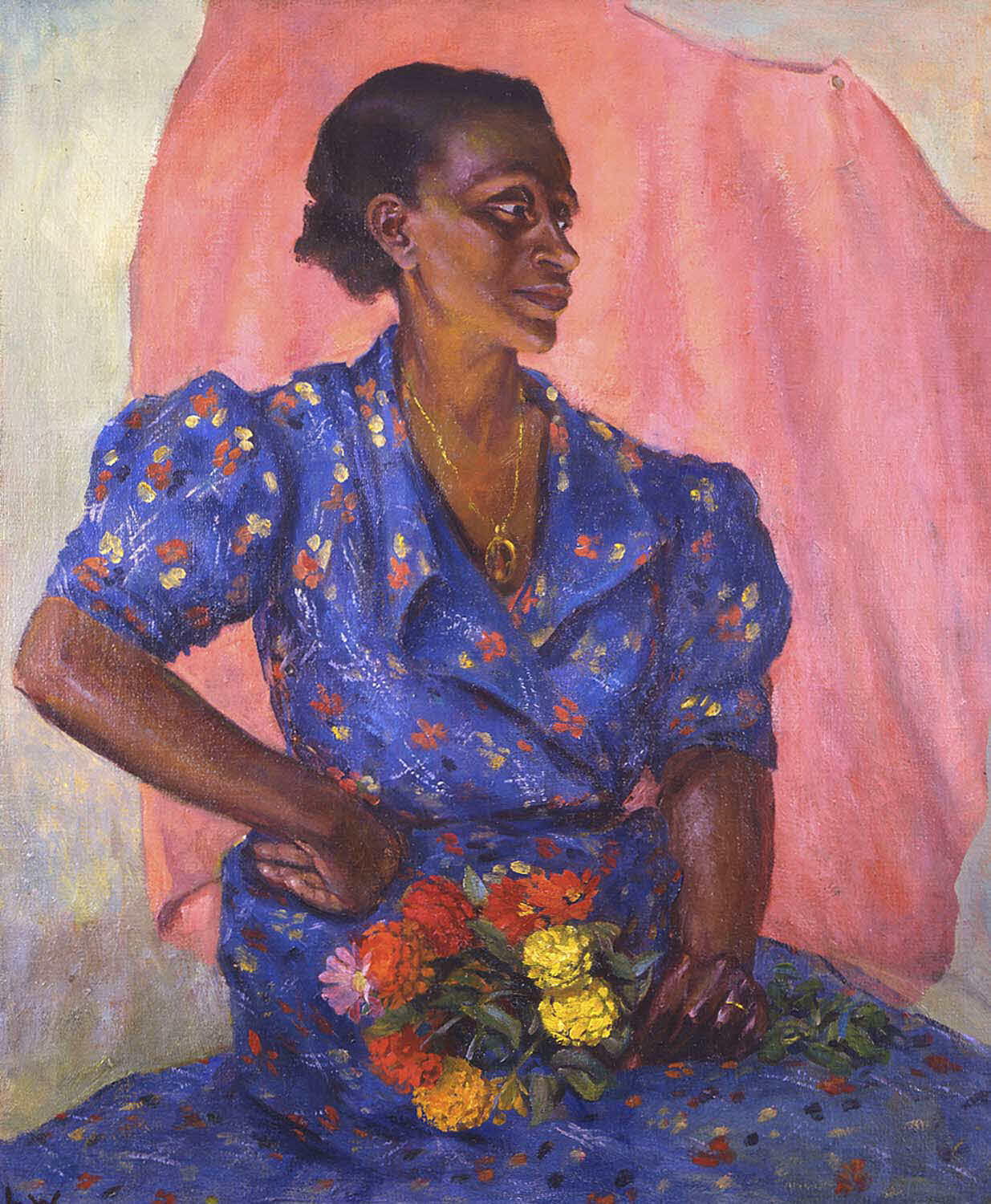 Laura Wheeler, an active figure during the height of the Harlem Renaissance, was an African American artist and educator, best known for her paintings depicting worldly and noble working-class portraits of African Americans, capturing both famous and unknown individuals. Wheeler’s works would counteract the various racial stereotypes members of the black community commonly received during this time period. Several of her illustrations would appear in books and magazines.

Waring would also be a provenance part at the start of the Harmon Foundation, being commissioned to paint the series “Portraits of Outstanding American Citizens of Negro Origin”. Among the subjects of this body of works subjects would include W.E.B. DuBois and George Washington Carver. Aside from portraits, Wheeler also created landscapes and still lifes. Wheeler was also a member of the National Association for the Advancement of Colored People (NAACP).

One of Waring’s most well-known pieces, “Woman with Bouquet”, is an artwork defined by its strong color palette, dynamic brushwork, and perhaps most important, the confident, the woman as the main subject presents. She appears both elegant and composed as she looks off into the distance. 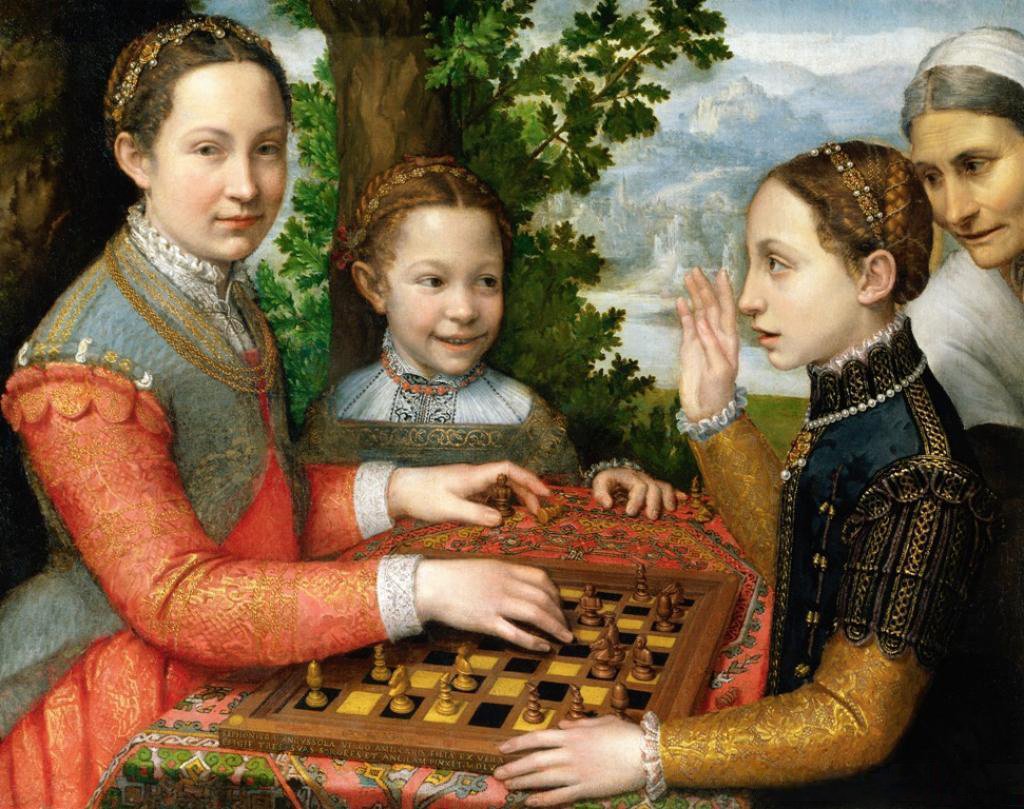 Let’s end this list strong with Sofonisba Anguissola, a woman who was considered the first female artist of the Renaissance. Anguissola was most well known for her self-portraits, which she used to promote and establish herself, as well as her portraits of the Spanish court of Phillip II which would describe their ability to rule. During this time period, many were interested in art theory, so many of Anguissola’s works would promote the audience to reflect on the relationship between the artwork, the viewer, and the creator.

In what is probably one of her most recognizable works, “The Chess Game” (1555), Anguissola illustrates a scene that included three of her own sisters. Chess is a game that requires logic and strategic skills, so during this time men would be commonly associated with this game as characteristics such as intelligence were rarely paired with women. Having her sisters play a game of intelligence prowess hints at their brilliance and defines social norms.

Madison is a junior at Northeast School of the Arts. This is Madison’s third year participating in the Artpace Teen Council.